For years, Syd's son Glenn said he would never become an accountant.  As a business student at Cal Poly in San Luis Obispo, however, Glenn took a liking to accounting, and when he came home during college, he peppered Syd with questions.  Glenn eventually ate his words and declared his business concentration as accounting.  For his first job out of college, Glenn took a position with Ernst & Whinney, now known as Ernst & Young.  In 1992, Glenn started working part-time with Syd while he worked at another CPA firm and the “family business” was born.  That part-time position soon became in a full-time position as the business grew.  In 1995, the new digs were opened in Walnut Creek.

Glenn went on to obtain his Masters of Science in Taxation from Golden Gate University in San Francisco.  Syd has since retired, and Glenn now runs Hammill Consulting with a fantastic team of five other team members.  While continuing to focus on privately owned businesses and their owners, with Glenn's aptitude for financial planning and consulting, Hammill Consulting has also expanded into the field of consulting for individual trusts and estates.

Hammill Consulting was born in 1961 in Novato, CA when Syd Hammill (Glenn's father) went out on his own and started doing accounting for his brother Mahlon for $40 per month.  As his client list multiplied, Syd's business expanded primarily into the East Bay.  As a result, Syd moved his office to Oakland and unwittingly became part of California history by renting an office in the 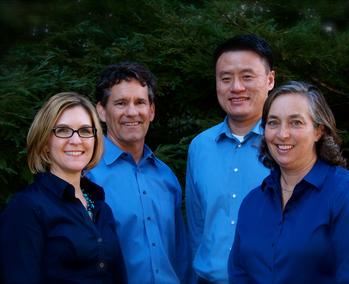 OUR COMPANY AT A GLANCE